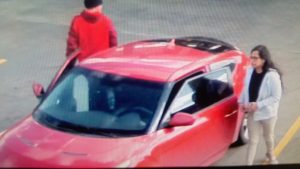 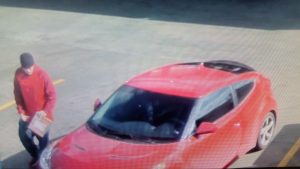 On January 20th, 2018 officers were dispatched to a business in the area of 7500 E 61st St in reference to a burglary from vehicle report. Officers learned that an unknown individual was witnessed exiting the victim’s vehicle with a package. The victim attempted to stop the individual but he left the area in a small red vehicle. Detectives were able to obtain video surveillance from an area business that showed the two individuals involved and the vehicle they were seen leaving the area in.

Anyone with information is asked to call Crime Stoppers at 918-596-COPS or send web tips to www.tulsacrimestoppers.org

Burglary Detectives Need Help Identifying Person(s) of Interest2018-01-252018-01-25http://tulsacrimestoppers.org/wp-content/uploads/2017/08/tulsa-crime-stoppers-final_updated.pngTulsa Crime Stoppershttp://tulsacrimestoppers.org/wp-content/uploads/2018/01/fedex.jpg200px200px
Unsolved Crimes
Submit A Tip
Crime Prevention Network will pay a cash reward up to $1,500 for information which results in the arrest of fugitives and/or individuals responsible for committing felony crimes.
Call 918-596-2677 or click the button below.
All tipsters remain anonymous.
Submit Now
Menu